A stitch panorama is made by combining two or more pictures together in such a way as to construct a single panoramic view that is beyond the camera capabilities.

Stitching may be performed manually or automatically depending on the relative orientation of the original pictures.

The standard procedure for shooting pictures for a stitch panorama is to use a carefully leveled tripod, locked manual exposure and focus control, and shoot all pictures around a common central point.

The two source pictures here were taken from a moving boat, hand held with point and shoot camera in program mode, from different sides of the boat. The two pictures have differences in scale, perspective, and exposure, and the boat's hull has to be removed. This picture was manually stitched. 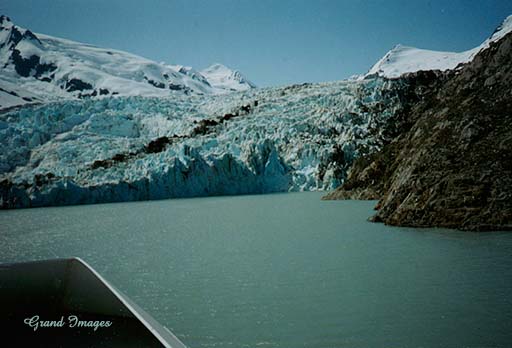 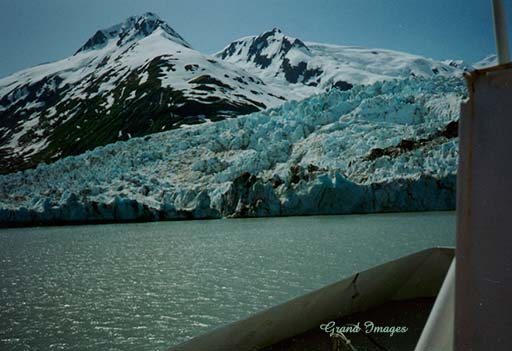 Since it was not safe to stand at a center point to the frozen waterfall, the left and right side pictures were shot from the left edge near the downward sloping embankment, which accounts for the extreme difference in perspective.  Automated procedures could not stitch the two segments together.  Therefore, the relative perspectives of the  left and right side were independently adjusted before being stitched manually. 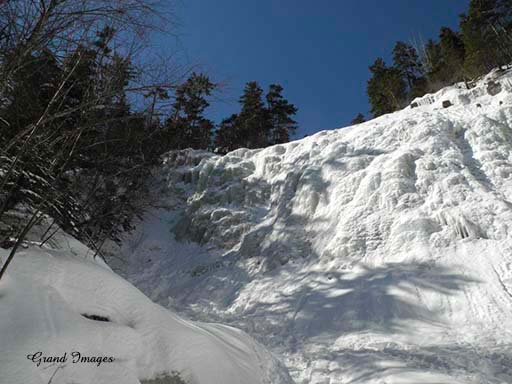 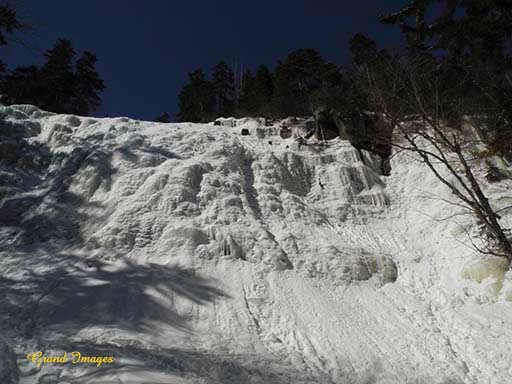 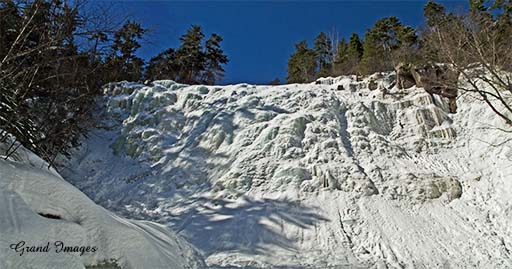