Tintypes are photographs on a lacquered steel substrate. The photographs are generally underexposed, but do not fade much because the steel backing does not acidify.  Tintypes come in two surface finishes, a soft matte surface that mars easily, and a harder glossy surface that is more resistant to damage.  Tintypes were popular from the 1860's to the early 1900's.

This example of a hard surface tintype that was taken in 1867 and had minimal damage, mostly along the bottom edge. 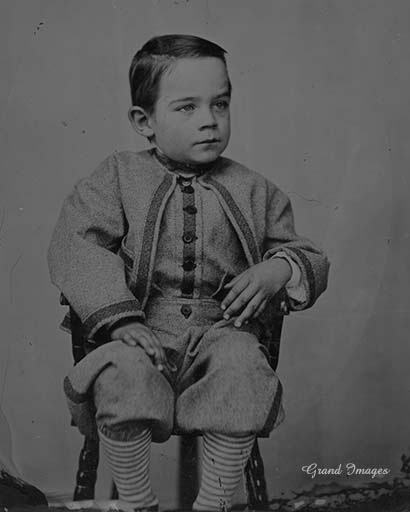 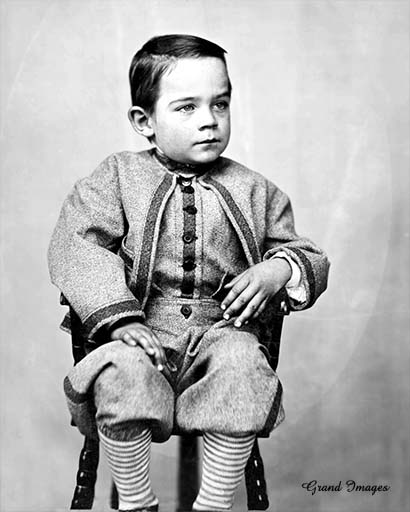 This example of a hard surface tintype that was taken in 1880 and has some obvious artifacts and a crease across the chest. After adjusting the brightness and contrast, her wedding band appeared to be on the right hand, so the picture was flipped to have the wedding band appear properly on the left hand. Tintypes were often flipped left-to right. Subjects didn't smile much in early photographs because they had to be still for up to 30 seconds due to the very slow emulsion speeds. 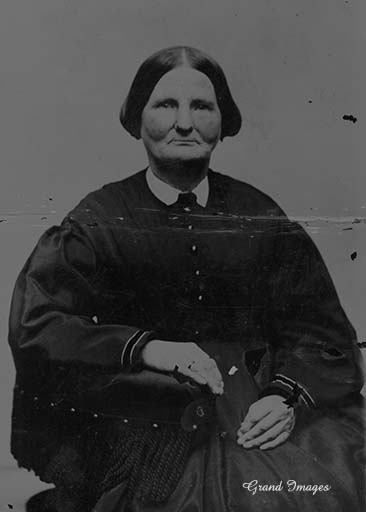 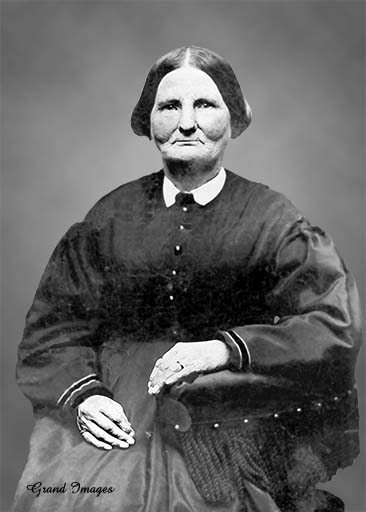